Who runs this planet?

What has emerged in recent years is a Centralized Power Elite which runs our planet. Many approve of this situation…others think this leads to Global Governance by these Elite. Let’s talk about this!

Since the closing of the Gold Window in 1971, money creation and distribution has been Centralized and the Policy apparatus has favored the Elite and Powerful at the expense of the common man. The recent film called the Turning Point, which focuses on the elite Bilderberg Group makes this reality clear. Watch this film now for understanding:  http://youtu.be/DcHszo89ugc. I have watched it twice and I sense that these elite groups are a major problem for our economic/political system going forward. Please take the time to watch this entire film and then think about the trends now emerging globally. Is a One World Financial System developing? And is a One World System good for our freedoms and our future destiny on this planet?

The Bilderberg Group (www.bilderbergmeetings.org) and (www.bilderberg.org)  is one example of a group which meets in secret to discuss and focus on global issues which then advance the State and those in Power positions. Other powerful groups which focus primarily on advancing  Political/Economic Power and the Elite’s Control over our Global System are:  The Council on Foreign Relations (www.cfr.org) and the Trilateral Commission (www.trilateral.org). Some additional organizations which were founded after the Bretton Woods Agreement of 1944-46 were the International Monetary Fund (www.imf.org) and the World Bank (www.worldbank.org). All these groups and organizations are viewed as ‘good’ if you believe in a philosophy of Centralization of power in the hands of the few. Those of us who have a different view of Power Brokers and the Elite would view these groups and organizations as anathema or detrimental for the common man and for the future of our planet’s society.

World Bank and its Sister Organizations

The philosophy of a person is what determines one’s support or non-support for these groups and organizations. My personal view is that Centralized Power is mostly detrimental to individual freedom and also to progress for our global society. Americans and Europeans…such as David Rockefeller, Henry Kissinger, Ted Turner, Jean – Claude Trighet, Gordon Brown, Mario Draghi, etc. would espouse the opposite view. Today, most of the Elite Power Brokers on this planet seem to prefer a society where select ‘elite’ would govern the entire planet. This, to me, is dangerous and detrimental for the common working individual as well as for everyone who desires ‘self’ government.

We need to keep in mind that our Country, America, was founded on the ideas of Liberty and Justice for the individual. Our founding Fathers viewed Power as mostly detrimental and corrupt at its core. This is why they insisted on ‘checks and balances’ and also ‘limited’ government. Today, however, all the trends are towards Global Governance and Global Control of our planets society (now some 7 billion) by the Elite Power Brokers. If this vision for our planet is implemented, would it lead to a positive, peaceful, and prosperous future for the 7 billion? Personally, I don’t think so! I envision more corruption, manipulation, and mandating if this vision is implemented.
Who should Speak for Everyone when push comes to shove?

Who should Speak for the Planet’s 7 billion people?

Will America choose to be part of a One World Government?

Proponents of Global Governance and One World Order 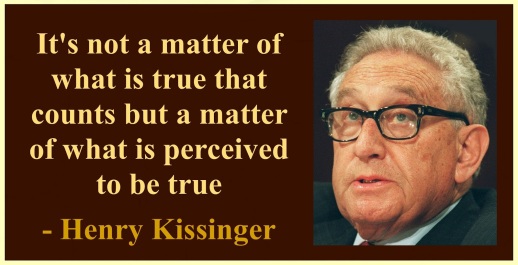 The current economic crisis is the perfect storm for the vision of the Elite’s to emerge. As conditions worsen and more people are desperate for change, who will emerge and attempt to speak for a New World Order with select elites in Control? Will Americans  desire to merge themselves within this New One World System? It appears as of now that most Americans have voted for this vision (which our current President seems to support). But is a Centralized System with a select group of elites making all the policy decisions via global polls and a general consensus be a good System for our future? I don’t think our Founding Fathers would buy into this type of System. These Founders envisioned just the opposite. The ‘individual’ was supposed to emerge as Supreme (not the State or the Collective). Anyway, our future is now up for consideration by all. What do you desire for this planet? That is my missive for today.

I am:  https://kingdomecon.wordpress.com.
Category Good and Evil This World

This site uses Akismet to reduce spam. Learn how your comment data is processed.

WHAT IS THE SEVEN YEAR TRIBULATION? | PART 3 OF 5

2022 BEGINS THE SEASON OF FINAL GRACE

HOW MUCH OF GOD’S MIND DO YOU PREACH?

THE RETURN AND DAY OF THE LORD INTO THE MILLENNIUM REIGN

THE LUCIFERIAN NEW WORLD ORDER AND THE DAY OF THE LORD

WHAT ANGELS WILL WE JUDGE AND THAT ARE SUBJECTED TO US?

IS YOUR SPOUSE REALLY YOUR BEST COMPANION?

THE EXCITEMENT OF THE RAPTURE: OUR UNION WITH CHRIST

Is there anyone who believes in end times teachings? 0 Answers | 0 Votes